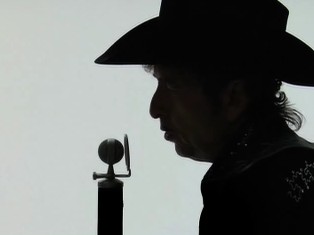 Even as a silhouette, Dylan is as identifiably unique as his music.

He also recorded a TV spot for iPod and iTunes! Very different from the dancers with iPod commercial. Very Dylan! At 65, he is the oldest artist to gain number one spot on the music charts. He joins the Stones, Eric Clapton and the Beach Boys as bands that do not know how to stop. Welcome back!