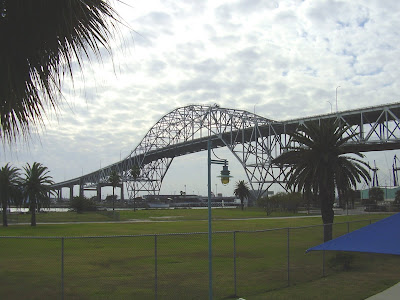 I love bridges, the physical type. One of the trips on my bucket list is to see every 100-year old truss bridge in Texas.

Below I have written some of my favorite quotations about bridges. If you have one, please share it.

A politician is a man who will double cross that bridge when he comes to it. ~Oscar Levant~

I consider myself to have been the bridge between the shotgun and the binoculars in bird watching. Before I came along, the primary way to observe birds was to shoot them and stuff them. ~Roger Tory Peterson~ (wrote many birding guides)

If you hug to yourself any resentment against anybody else, you destroy the bridge by which God would come to you. ~Peter Marshall~

One of the dreams of Zionism was to be a bridge. Instead, we are creating exclusion between the East and the West instead of creating bridges; we are contributing to the conflict between East and West by our stupid desire to have more. ~A. B. Yehoshua~

The folks who design these are artists. They seem to choreograph the relationship between air and space until the dance involves our simply showing up.

After reading those quotes, thank GOD for Roger Tory Peterson!

I have a thing for bridges too! I hope you make your goal for seeing all of them :)

Hi CyberCelt, I just stopped by for BYBS. I hope you enjoy your week.
Many blessings!
Garden Gnome

And bridges were one of the first engineering feats of humanity. Even if you don't have the higher math (like the Romans) they can still be built.