Yet Another Google Update

Have you ever wondered how SEO experts keep up with the changes to the Google search  algorithm? I found this helpful breakdown of Google updates at SEOMOZ. The changes listed below took place during approximately a two-month period. It makes me wonder if the Google has the worst or the best product in the world . . .

Search algorithm has taken search engine optimization (SEO) out of the hands of mere mortals.  I remember when page names and meta tags were the new thing.  Until someone comes out with Cliff's Notes to search engine marketing (SEM), I think I will have to pass. 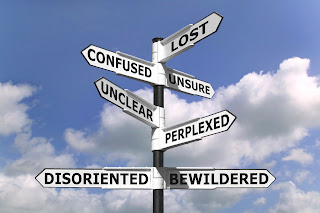 February 40-Pack (2) - February 27, 2012 Google published a second set of search quality highlights at the end of the month, claiming more than 40 changes in February.

Ads Above The Fold - January 19, 2012 Google devalued sites with too much ad-space above the fold.

This is definitely a nice site. I would definitely be coming back to it again.
pan card application form

Google Panda had an immediate effect on natural serach results. Industry data has advised that it impacted over 10% of page rankings in the United States.

Google’s aim was in essence to:

- Reduce the rank of sites with poor quality.

- Improve the rank of sites with high quality original content.

We hope this helps provide some insight into the steps to adopt. However feel free to contact us at Newtork Intellect on how to boost your rankings and maximise your exposure and performance across the digital channels.

Can you tell me what exactly they have changed in their algorithm?

Wonder full information thanks for sharing it

it's beautifull posting . i like this . visit me back.

I think many webmasters and website was affected during the last update of google.. SEO Montreal